It cannot be contested that research technology has come a long way. We are now able to garner vast amounts of information by running pieces of it through a program, or by manipulating a robot with human-esque hands to explore the depths of the ocean. In the field of space exploration, new technology has been a game changer. Researchers have been able to generate detailed maps of the moon and mars with modern technology. Unfortunately, only 5% of the ocean floor has been mapped with said technology. In order to truly be able to understand the ocean, we must survey it like we would survey, say, the moon.

I believe that, with international commitment and cooperation, we could map the entire ocean floor for around the cost of one mission to mars. The reasons to do this are insurmountable. For example, measurements of the ocean floor would allow us to properly discover its usability. Offshore wind farms would be much more plausible if we knew how each section of the world’s oceans are shaped, and how deep they are. Also, it is a matter of safety. Further understanding the ocean will lead to better predictability of potentially catastrophic weather events, such as storm surges.

Our lack of knowledge about the ocean floor has been an issue in the past. For example, remember the crash of airliner MH370? The Malaysian plane crashed in a part of the ocean that has not been mapped with modern technology. Therefore, the ocean floor in that area had to be mapped out during the search for the airliner, which was months of work that would have been unnecessary had we already known about the size and depths of the ocean.

Of course, obtaining this necessary information about the ocean will be time-consuming and costly. This is the main reason behind our lack of knowledge about much of the ocean floor. However, if simply having more knowledge about the ocean is our goal, there are ways to cut down on costs and researchers necessary to complete the task. Personally, I have suggested releasing a large, unscrewed barge carrying equipment that could explore the ocean for much less than the cost of a conventional mission. It would have a sonar to sweep the ocean floor, and be able to be controlled remotely, meaning that it would never have to enter port. This is the most viable option to explore the ocean floor while addressing the concerns of cost and manpower.

All in all, we need more knowledge of the ocean floor. It is not ideal to be living on a planet that is 70% water without knowing about the water. That basically means we don’t have concrete details about 70% of our planet. I believe if the international community can band together and commit itself to mapping the ocean floor, we can further utilize oceans to help the planet and make them safer overall. Over the course of the past decade, technology has become a key tool to help with ocean exploration. We have gone from days of divers being the only resource made available to ocean scientists, to being able to send tools, such as observation sensors and communication methods, underwater. With them, accurate readings can be taken of phenomenon that exist deep below the ocean’s surface. This technology is only expanding. In the past month, robot ocean exploration has taken a new form for one exploration team – literally. In order to explore a shipwreck that has not been touched since 1664, experts sent a robot resembling a mermaid to the scene.

This unique ocean explorer is called ‘OceanOne.’ It has, in robot form, the torso and head of a human, complete with a robotic ‘face’ and arms. The bottom of this device holds the bulk of its power and intelligence, which rests inside its mermaid ‘tail.’ This robot can be guided from a boat above and can complete tasks in the water that before could only be fathomable by a human.

For example, from shipwrecks that are inaccessible to, or too dangerous for, divers, this robot is able to retrieve artifacts. It is the perfect combination of artificial intelligence, clever mechanics, and sensory feedback to make it gentle with delicate artifacts. It is able to move the artifacts into a box and subsequently carry said box to the surface of the ocean.

The ‘OceanOne’ is a truly revolutionary addition to ocean exploration technology. Humans have, for years, been using artificial intelligence technology to explore the unknown waters of the world. However, none have had all of the capabilities of this new, bright orange ‘mermaid.’ The ‘OceanOne’ is the first diving robot to have many of the capabilities of a human diver, complete with flexibility and dexterity formerly unknown to robots.

Additionally, the engineers who designed ‘OceanOne’ have made it so the person controlling the robot can also feel what it feels. They installed force sensors in the robot’s hand that makes up an interface with which a human can feel what the ‘OceanOne’ is feeling at any given time during its exploration.

The ‘OceanOne’ is truly the smart robot that ocean explorers need in order to be able to move forward with their work. It can adjust to its environment automatically, changing direction or adjusting the pressure of its grip with no prompting from its controller. Having more of these available in the ocean exploration field would give explorers the ability to discover formerly unknown marts of the ocean without putting themselves or any of their team in danger. I am truly excited to see how this diving robot affects the ocean exploration industry! 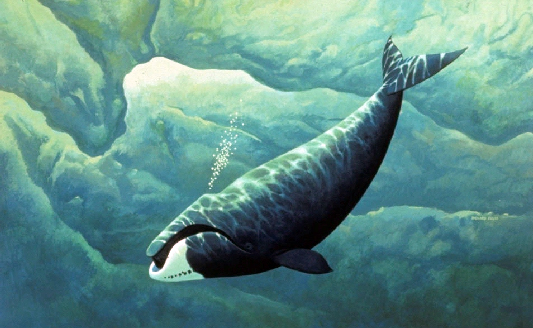